#USPolitics: GOT A PUDDLE OF WATER ON YOUR PROPERTY? The EPA wants to regulate it! – #USPoli 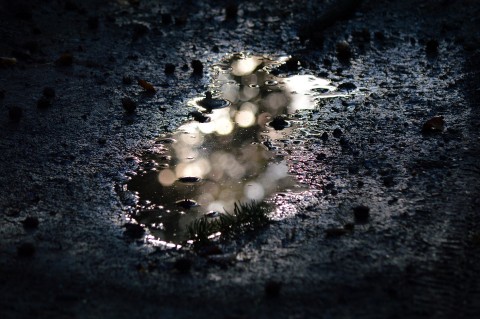 In another move to reverse the deregulatory, pro-growth policies of the Trump administration, the Biden administration has proposed to repeal the 2020 Revised Definition of Waters of the United States (WOTUS) under the Clean Water Act (CWA) and return to the regulatory overreach of the Obama administration.

The CWA, as implemented by the WOTUS rule, has the laudable purpose of protecting America’s waterways from pollution and ecological destruction. The Obama rule, adopted in 2015, stretched the rule far beyond its intended purpose and placed virtually all water, no matter how small its size or its impact on commerce, under EPA’s authority. President Trump narrowed the rule, reducing the uncertainty for landowners and respecting private property rights.

A fundamental premise of our government is that citizens must be informed of their responsibilities–of what the law is. As former EPA Administrator Andrew Wheeler put it, “a property owner should be able to stand on his or her property and be able to tell for themselves whether or not they have a federal water without having to hire an outside consultant or attorney to tell them.” And when the nine Supreme Court justices heard the case of the WOTUS rule as applied to one landowner–with the Court having plenty of time, legal training, and law clerks to analyze the case–they came to three different conclusions. So how is an individual landowner supposed to understand and apply a ridiculously complicated rule every time he or she needs to plow a few acres? The EPA can protect our nation’s waterways without resorting to indecipherable rules that make scofflaws of citizens doing their best to adhere to the law.

Previous #TransferMarketi: SERIE A – UEFA award to Kjaer: “I accept it on behalf of the whole team”
Next #USPolitics: Support Wisconsin’s Independent Contractor Reforms, S.B. 485 and A.B. 487 – #USPoli